Prorokovic for "Sputnik": Expectations from EU fading away

Twenty-five years after signing of the Maastricht Treaty for the creation of the EU, there are some people in Germany who say that the EU today is similar to Yugoslavia just before its collapse. In Serbia where for more than 20 years people have been fed promises of becoming part of the EU, expectations are not as high as they used to be.

According to the recent studies of the Office of the Government of Serbia for European Integration, 47% of citizens continue to favor joining the EU. However, this figure was much higher, 73% back in 2009.

Dusan Prorokovic from the Center for Strategic Alternatives, told Sputnik how over the years the key decisions of the Maastricht Treaty had not been met.

According to him, the agreement was based on four principles — the currency union, a common foreign and security policy and cooperation within the internal affairs sector.

“The monetary union started working in parts of the EU, but in practice it turned out that the rich keep getting richer while the poor moved deeper into debt. This crisis has already occurred in Greece, partly in Spain, Portugal and Ireland. Escalation is taking place in Italy  and France, so it turns out that Germany is receiving most of the bonuses,” Prorokovic said.

If you talk about a coherent internal, external and security policy according to the analyst the migration crisis and the fact that the terrorists can move freely between Brussels and Paris shows a lack of unity and uncoordinated work between Belgian and French police.

Prorokovic recalls that the EU scenario evolving like Yugoslavia was predicted by Jože Mencinger, a reputable Slovenian economist, who said that political problems are preceded by deep economic crises which lead to a divide between the people inhabiting the country.

“The EU is not the same as in 2008 and especially not like it was in 1992. I do not see any reason for optimism in Brussels or any prerequisites that the EU can continue in the same spirit. These issues have been in discussion for over a decade and if the European bureaucrats had not pretended that all is well, perhaps the fate of the EU  would have been different,” the analyst told Sputnik.

Talking about the 47% of the Serbian population that wants to join the EU, the head editor of New Serbian Political Thought, Djordje Vukadinovic told Sputnik that according to him the results are “extremely unusual” as they show an unrealistically high level of support.

“It is very doubtful that the data suggests that 29% of the opponents are against this accession. Of course, much depends on methodology of the polls, but opinion polls conducted by our publication and data from many of our colleagues have shown that the number of those who are against the EU is now roughly equal to the number of those who are for it,” Vukadinovic said.

He further said that this phenomenon has been observed for a year or two now. “The number of opponents to the accession has exceeded 40% a long time ago,” he said.

On the other hand, the executive director of the Centre for Free Elections and Democracy (CESID) Bojan Klacar said that the data of the survey, which was conducted at the end of last year shows that the idea of joining the EU was supported by 50-53% and at the end of the year it was a little less than 50%.

At the same time, according to Klacar earlier if there was a crisis, people in Serbia became “undecided” about accession into EU but now they have become down right “skeptical” about it. 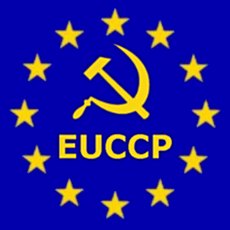