On January 6, four MPs of the Kosovo Albanian extreme nationalist opposition party are brought to trial for lobbing tear gas cannisters in the Priština parliament. 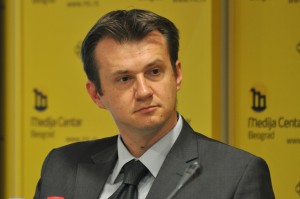 Yet it is part of a well-known tactic aimed against the Serbs.

At five-minutes walk from the Brussels neighbourhood of Molenbeek, also called the “jihadi capital of Europe” and a center of world attention following police raids connected to the November 13 terrorist attacks in Paris, lies the neighbourhood of Schaerbeek, an unofficial capital of the Albanian immigration in Belgium. Since the mid-1980s, years before the actual violent break-up of former Yugoslavia, this was the European headquarters of the Albanian immigrant groups fighting for the secession of Kosovo from Serbia, fundraising, recruiting and masterminding plans of destabilization of Kosovo. Although Kosovo Albanians in the 1980s were a fully-integrated part of the Serbian and Yugoslav state – with their own schools, universities and one of the largest autonomies seen in Europe --  every time a demonstration was organized in Brussels and other European capitals, its main message was “things cannot continue this way – Albanians must get more”.

The tactic was transferred to Kosovo itself, where violent demonstrations transformed in the mid-1990s into the formation of the “Kosovo Liberation Army” (KLA), an extremist armed group carrying out attacks against Serb civilians and police in Kosovo. The goal of the KLA – to provoke a reaction of the Serb police and subsequent NATO bombing campaign against Serbia – succeeded and NATO de facto occupied Kosovo.

Yet, the maximalist goal of the Kosovo Albanians was not the autonomy, but full independence. In order to set the international agenda, former KLA leaders who turned “prominent politicians” organized in 2004 three days of violence against the remaining Kosovo Serbs – dozens were killed, hundreds of Serbian medieval churches burned, houses burnt, and more than 4,000 Serbswere expelled from their homes. But the goal of the violence was achieved. The message was “if you don’t get us what we want, we will explode in violence” and Western countries immediately launched talks on the status of Kosovo.

Every time the process towards full independence was stalled for some reason – like trying to find a compromise solution which would at least have some connection with international law – violence occured and the compromise would be put away. Simply, despite dozens of thousands of NATO soldiers on the ground, the West was bowing to Kosovo Albanian threats of violence. Bit by bit, the Kosovo Albanians – encouraged by Washington to be fair – safely proclaimed a unilateral secession from Serbia. Despite a complete breach of international law, and warnings that it could lead to a domino effect in other secessionist regions of the world, the US and leading EU countries recognized the Kosovo Albanian will. The Kosovo Albanians got everything they wanted.

But wait. It was not enough for them to get “their own state” thanks to NATO muscles and Western diplomacy. The 100,000 remaining Serbs, roughly a third of the pre-war population and most of them living in enclaves surrounded by hostile Albanian communities, had to be completely integrated in Kosovo Albanian structures and any links with Serbia completely severed. Again, demonstrations and violence were sent as a warning to the West to give the Albanians what they wanted. The tactic became well-known. A group of yound demonstrators associated with the ultranationalist political party “Vetevendosje” (Self-Determination) would stage violence asking for maximalist demands, but with an ultimate goal of achieving a compromise which would advance their cause. The West would react by “worrying” about violence and, every time, doing the exact time that the Kosovo Albanians were hoping for in the first place. The violent demonstration tactic as a negotiation tool continued to work.

Belgrade, under pressure by the West but also bound by its decision to pursue EU integrations, had to completely close all of its structures in Kosovo and strike a deal called “Brussels Agreement” which many Serbs saw as “treason”. As part of Belgrade’s face-saving, the so-called “Community of Serbian municipalities” was accepted during a dialogue between Serbia and Kosovo Albanian leadership in Brussels. The Community of Serbian municipalies was supposed to link geographically dispersed Serbian municipalities in a structure which would at least help them maintain minimum cultural rights in Kosovo, the craddle of Serbian culture, religion and statehood. They would, however, still be part of the Kosovo legal system, ruled by the Kosovo Albanians.

Again, this was not enough. Violence erupted again on several occasions since September. The EU responded by giving Kosovo a “Stabilization and Association Agreement”, a first step towards EU integration, contravening internal rules given the fact that Kosovo is not recognized by five EU members. Not enough either. Violence continued. The Kosovo Constitutional Court suspended clauses related to the “Community of Serbian municipalities”. More violence. The Vetevendosje leaders, such as Albin Kurti, keep on dropping tear gas, throwing paint and pepper spraying in the parliament. They get arrested, then released, a few glasses get broken in and around parliament. Hundreds of demonstrators clash with police in controlled violence.

Four MPS of the “Vetevendosje” movement will be brought to court on January 6 on accusation of throwing tear gas in Parliament and carrying dangerous substances. New round of violent protests is expected during the process.

Yet, is it possible that the trick will work again? Is it good enough to “scare off” Western politicians who do not want another crisis in the middle of the refugee crisis and instability in Macedonia, Montenegro and Bosnia-Herzegovina? Brussels has also at stake its credibility in the Brussels Agreement since its brokering is one of the rare “success trophies” of the EU common diplomacy, which is being slammed on all fronts due to its incapacity to formulate joint policies on most other sensitive problems. Furthermore, the recent vote in Paris on Kosovo’s UNESCO membership showed that Serbian diplomacy still has some powerful allies on the Kosovo issue - Russia, China, India, Brazil, but also Spain – which was a worrysome diplomatic defeat for Washington and Brussels.

In reaction, Federica Mogherini, the High Representative for Foreign Affairs and Security Policy, clearly stated that “recent incidents and obstruction in the working of the Parliament are unacceptable”. In New York City, at the UN Security Council, UN Secretary-General Ban Ki-Moon presented a report on Kosovo in which he condemned “the use of violence and intimidation” and “unacceptable physical attacks by opposition activists”. And in a recent trip to Kosovo, U.S. Secretary of State John F. Kerry said parliament "is not a place for tear gas”.

Faced with the negative context, the Kosovo's Constitutional Court reversed on December 26 its suspension of the agreement on the cration of the “Community of Serbian Associations”. Maybe the Kosovo Albanian scarecrow tactics might not work this time.

Or maybe they already have? The Kosovo Constitutional Court changed its decision a day after the U.S. Ambassador to Belgrade Michael Kirby --  in what the Belgrade press sarcastically called “Christmas present” to Serbian leadership --- said the implementation of the Brussels agreementwill be complete only after Serbia accepts Kosovo as member of the United Nations, which is the next target of both the Kosovo Albanian leadership and its Western sponsors.

A statement which is sure to make the MPs of “Vetevendosje” wait for trial with a smile. 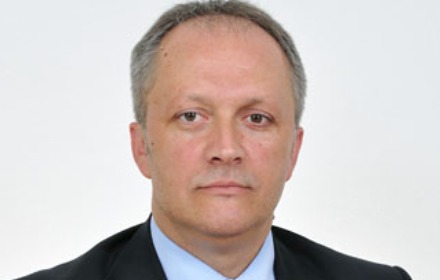 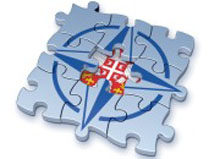