Home›Препоручене анализе›European Union vs. «Gazprom»: In Labyrinths of Energy Politics

European Union vs. «Gazprom»: In Labyrinths of Energy Politics 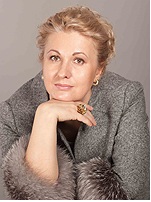 Outgoing year was more than successful for Russian energy companies. It is enough to remember the deal Rosneft-CNPC upon oil supply to China at the rate of 365 million tons within the next 25 years, estimated for 270 billion dollars, or reached agreements Rosneft-SOCAR with prospect for 15-20 years. The President of Azerbaijan Republic I. Aliev had very clearly designated our countries development vector: “We are disposing for definite cooperation and strengthening of interaction with Russia”. There should be added the start of land parts building of the pipeline “South Stream” in Bulgaria (October 31, 2013) and Serbia (November 24, 2013). Moreover, this is far from the final list of all Russian projects.

Such activity could not help staying unnoticed by Russian competitors.

Against the background of Ukrainian events energy issue is gaining in special importance today, directly infringing on Russian national interests. The thing is that “Ukrainian card” turned out to be a trump one for a fate of the main Russian energy project on European direction – “South Stream” pipeline. Refusal of official Kiev to sign an agreement about Association Membership with the EU, as well as activation of discussions upon an opportunity of Ukraine to join the Custom Union, made geopolitical opponents of Russia not to put on again scenario of “color revolution” only, but to switch to open attack on the energy front.

Success of Russian geopolitics called into being another wave of confrontation around the “South Stream”. Masks are thrown off: from diplomatic hints euro bureaucrats proceeded to open dictates – Brussels requires (!) “Gazprom” to revise agreements on pipeline building.

This demand, ventilated by Director of the Internal Energy Market at DG Energy at the European Commission K.-D. Borchardt, applies to all project participants, which territories the pipeline should go along – Bulgaria, Serbia, Hungary, Slovenia and Croatia. This kind of declarations by the EU are rather far from constructive dialogue, which Europeans love to talk about, and sound more like threating and blackmailing.

During the conference “South Stream: the Evolution of a Pipeline”, which took place on December 4, 2013 in European Parliament, Borchardt bluntly stated “If Russia itself does not dissolve treaties, which became illegitimate, the Member States will do that for it. The EU has methods and resorts to oblige the other sides of the consent with Moscow to break off the agreements”.

The EU grounds this demand with statement that intergovernmental agreements of Moscow with these countries supposedly have no legal effect. According to the European bureaucrats’ logics, legal effect of intergovernmental documents comes from Third Energy Package (TEP), not from the governments and parliaments of appropriate states. Reference to the TEP norms itself states lack of national sovereignty of European countries.

However, let us set this issue aside for a moment. The most important thing for now is that according to the TEP, gas providers cannot own a pipeline. In other words, let “Gazprom” build a pipeline, but whose gas will it be filled in and what price for – it will not be its business anymore. Sticking point for the EU is nothing else but a gas price issue. Brussels does not suit that according to the current agreements, “Gazprom” not only owns a pipe, but also will determine fuel rates, what makes it to be a monopolist on energy market. There from comes EU attempt to hook third-party participants to the South Stream project, on one hand, and to create an “independent” control manager, who will determine a price for the blue fuel.

At the EU level, they are not to take into consideration the fact, that signed agreements meet interests of concrete states. Obviously, in opposite case not presidents nor prime ministers nor parliaments of countries-members of the project would ever sign documents necessary for its realization.

Odd situation comes out: corresponding well to national interests of concrete states, profitable for economics of Bulgaria, Serbia, Slovenia, etc. project turns out to be “dangerous” for the EU. Whose interest then does Brussels defend? Interests of countries-members of the Union or those ones of supranational and affiliated with them transnational institutions and out of region players – mainly the USA and Qatar? Answer to this question is obvious for me. However, lack of full sovereignty of countries-members of the European Union makes them consider Brussels’ demands.

Serbian Energy Minister Z. Mihajlovic expressed common attitude to the situation around the South Stream, prevailing in the countries involved into the project: “We support “South Stream”, but Serbia is so small country that cannot have influence on energetics. Moscow has to come to an agreement with Brussels first and afterwards only – with us”.

By the way, just after Brussels’ ultimatum to “Gazprom” Slovenia has taken its cautious stand. During negotiations with D. Medvedev, which took place in Moscow on December 10, 2013, Slovenian Prime Minister A. Bratušek word for word repeated Mihajlovic: “South Stream” is important project for Slovenia, but the republic should follow EU legislation…I am confident, that all problems will be solving in two ways – within European Union by Member-states, and the second way – Russia-EU, Brussels-Moscow”. In other words, for political governance of countries-members of EU or affiliated countries, relationships with Moscow are not of the highest priority anymore. They stand by waiting for flashing by Brussels.

Pressure putting on the “Gazprom” is unprecedented. Against a background of a real baiting in local Mass-media, Brussels diligently says: “South Stream” will not be able to work on the assumption of old agreements”. European officials do not want to pay any attention to the fact that the strategy task for Russia is “creation of All-European energy space with functioning integrated network infrastructure and open, clear, effective and competitive markets”, which is able to provide energy security to both, Russia and EU. Just about this, Russia’s deputy Energy Minister A. Yanovskiy spoke within the Conference held in European Parliament. Besides, it has been constantly mentioned not by “Gazprom” officials only, but also by Russian President V. Putin.

It will not be out of place to remind here about democracy traditions, which Europeans love to apply to, but have no wish to follow. The fact is that the majority of population on European South-East does not share the European Commission stand. Thus, according to data provided by British (not Russian it should be marked) research agency World Thinks, 59% of people in member-states support building the “South Stream”, and around 58% suppose that benefits overbalance shortages. The research has also displayed that key interested persons, among those are scientists, politicians, officials and business representatives, consider that “South Stream” will allow to diversify supplies and to strengthen security.

Public opinion means nothing to Brussels though. European Commissioner for energy G. Oettinger had already sent all aforementioned above demands to the head of Ministry of Energy of Russian Federation, A. Novak.

So what about Russia? In the Ministry of Energy they are positive that there will be no cancellation upon the South Stream. First, the law has no retroactive effect, while majority of agreements were concluded as far as in 2008 what means before norms of the Third Energy Package came into force. Moreover, in accordance with A. Yanovskiy’s words, “intergovernmental agreements which have been concluded with other countries upon “South Stream” are legally heavier than the rest of EU legislation”.

Second, as “Gazprom” Deputy Chairman A. Medvedev said, the concern had already found clients for all apprehended gas capacity (63 billion m3 per year), what means that there is no force to stop building “South Stream”.

Third, “South Stream” is one of the most economically profitable projects for the European South, what is concerned not merely with continuity of gas supply, but with influx of investments, new job creation, stirring up financial and banking systems as well for countries involved in realization of the project.

Forth, as Russian Minister of Foreign Affairs S. Lavrov has repeatedly mentioned, “Third Energy Package conflicts with Russia-EU Agreement”, first of all in part of encouragement and reciprocal protection of investments. Here it is worthy to remind Prime-Minister D. Medvedev’s opinion about contradiction between Third Energy Package and the norms of WTO in view of Russian companies’ discrimination on European market. And if EU initiates a suit against “Gazprom” based on its non-compliance with the Third Energy Package regulations, Russian side may come up with a counter-claim. Minister of Economic Development of Russian Federation A. Ulyukaev has already stated: “Russia is in process preparing suits to EU against restrictions, prescribed by notorious Third Energy Package…We are ready to conduct notification and officially declare our demands over the TEP and all energy adjustments”.

However, the main thing, and I am profoundly sure of this, is that it is not Russia who should worry about a pipeline building, but Europe indeed. Let’s imagine the most unpleasant scenario for Russia – South Stream building is freezing, then is entirely cut down. What losses will Russia have? These would be financial and image expenses, profit deficiency, but it all would not be fatal for economics of our country. Now, when the South Stream does not work yet, yearly receipts of “Gazprom” are comparable to GDP of Ukraine, this concern remains the first tax-payer in the country. Besides, it should be also put into consideration that Russian energy companies keep increasing their activity working with Asian-Pacific region countries, enlarging old and forming new markets. So, in any case – with or without the “South Stream” – Russia has huge opportunities and prospects.

While for Europe dismissal of Russian project may turn over with series of energy and political crisis. Especially since the first bell had already ringed – in Bulgaria of February, 2013. Ukrainian factor should be added to all aforementioned above. If Ukraine joins the Custom Union, this may lead to dramatic overview of Russian energy politics. So far, European officials may turn out to be too short-sighted. Besides, taking into account that up to 2030 demand for natural gas may grow for 25%, 80% of which will be imported, it seems necessary instead of wrangling with ‘”Gazprom” to build a constructive dialogue, which Russia is always ready for.

Thus, outgoing year discovered complexity and complication of World energy labyrinths, displayed once again close connection between big economics and big politics. Resolution upon all disputant questions around the “South Stream” will occur no later than during 2014. At least, by January 1, 2015 – time for the Third Energy Package to come onto force – project prospects will get their final shape. As for now, Russia has sent proposals on overpatching in TEP to the European Commission. We are ready for a dialogue, is European Union ready? We’ll wait for the answer.

Elena G. Ponomareva, Dr.Sc., Professor of Comparative Politics Department of MGIMO (U) of Ministry of Foreign Affairs of Russian Federation