Home›Актуелности ЦСА›Radomirović for "Nieman Reports": Countries Locking Up Journalists May Have a New Slogan: “It Happens in America, Too”

Radomirović for "Nieman Reports": Countries Locking Up Journalists May Have a New Slogan: “It Happens in America, Too”

Opinion piece for Harvard University's Nieman Reports by Vladimir Radomirovic, president of the Journalists' Association of Serbia (UNS) and member of the Executive Board of the Center for Strategic Alternatives.

I thought I’d grown accustomed to daily attacks on the press. Being a journalist in Serbia often means you spend more time fending off pressure from politicians than doing your work.

In the 1990s, I witnessed firsthand the brutal attacks by the government on independent media. In the 2000s, I was interrogated by the police on orders from the government that wanted to find out who my sources were; I was labeled a foreign spy or — alternatively — a secret agent, verbally abused, and finally laid off after protesting censorship at Serbia’s largest newspaper.

The past 10 years have been more of the same: Running a whistleblowing platform that publishes stories of corruption and cronyism means you get attacked by the powerful — the tycoons, the government, and the opposition.

But watching scenes of police violence against American journalists felt like a bad dream. There was no way that this was happening in a country with such strong legal protections for the press, a country that is a model we look up to regarding all things journalism. This sort of blunt police violence was something I had never experienced. I went to practically every anti-government protest in Serbia from 1990 to 2000, whether as a protester or a reporter, and I don’t recall the police ever targeting journalists the way they did in the U.S.

How could this have happened? Why are police officers pointing guns at journalists? How long before someone fires their gun?

I always thought American journalists were so privileged. I know, I know, you have layoffs, newspapers are folding, ad sales are nearly gone, but at least you never had your paper shut down by the government or an acquaintance killed by a NATO bomb.

When I look back at the worst crimes against journalists in my country, I see that they usually happened without any advance warning. I am ashamed that I hadn’t been aware of some of them before I was elected president of the Journalists’ Association of Serbia (UNS) three years ago. Now, marking the anniversaries of some of the most cowardly and heinous attacks on the press anywhere is almost a monthly feature for me.

The anniversaries start on April 11, when we commemorate the death of newspaper publisher Slavko Ćuruvija, who was slain in front of his home in 1999. Last year, former state security officers were found guilty of ordering his assassination and sentenced to 100 years in prison between them. They appealed the verdict, and we are now awaiting the final ruling, trembling at the possibility they might be acquitted.

On April 23, we pay our respects to the 16 media workers killed in the NATO bombing of Serbian TV (RTS) in 1999. The station had been labeled a “propaganda tool” by NATO during the Kosovo war and hit even though it was clearly a non-military target. Those killed included make-up artists, cameramen, and technicians.

On May 7, 1999, a NATO missile hit the Chinese Embassy in Belgrade killing three correspondents of Xinhua News Agency and Guangming Daily. The correspondents had moved to the embassy building just a few days earlier, deeming their apartments in central Belgrade unsafe.

On June 11, we remember Milan Pantić, a journalist from a small town in central Serbia who was murdered in front of his apartment door with three blows to the back of his head. This was in 2001, when we all thought freedom had come with the ouster of President Slobodan Milošević, and that the media would now be free to investigate all abuses by the government. How wrong we were. Milan paid the heaviest price for this illusion. He had been investigating multi-million-dollar corruption in the sale of state-owned factories. His murderers have yet to be found.

On August 21, we travel to Kosovo where at least 15 Serb and Albanian journalists and media workers were disappeared and killed by terrorists from 1998 to 2005. Needless to say, most of these crimes have never been properly investigated.

Journalists are a nuisance to many; our allies are few and far between. Add ethnic hatred into the mix, and it is no wonder a plaque my association put up on the spot where two journalists were kidnapped in 1998 has been torn down seven times in the past seven years.

Each of these dates is an opportunity to dwell upon the fates of our fallen colleagues as well as on the fate of journalism. Are we so weak, so irrelevant, is our craft so meaningless that we cannot get justice done for our colleagues? Or is continuing their work the only meaningful thing left?

I am so glad no journalists have been killed in the U.S. in this wave of violence, and I keep thinking of Linda Tirado, the freelance photographer who was blinded in her left eye when she was shot in the face by a rubber bullet while covering protests in Minneapolis. “But it wasn’t my photography eye so it’s not career-ending,” she wrote on Twitter the night the incident happened. How committed to journalism, how dedicated, how gracious.

Have no illusions: Scenes of American police shooting rubber bullets at journalists, arresting and beating them will serve as a pretext for every strongman across the world to suppress the free press.

“It happens in America, too,” may become the slogan for those who jail journalists. “At least we don’t shoot at you like the Americans,” they may say to our colleagues before locking the cell doors behind them.

While I cannot offer advice on how to avoid getting hit in the face with a rubber bullet, if there’s one thing I’ve learned over the years, it’s that when they try to silence you, they are afraid of what you may uncover.

In 2012, the then Serbian defense minister was so upset about an article we published he threatened to sue. Next thing you know, we get an anonymous tip saying the minister is investing in a luxury multi-million-dollar building in downtown Belgrade. We check the records, verify the tip, and publish. This becomes a huge story in Serbia and the minister — whose stated monthly salary was $1,200 after tax — goes on trial for failing to declare the costly investment.

So, to fellow journalists in the U.S., do not give up. When they are coming after you like this, you must be onto something bigger. Stay safe and keep on speaking truth to power. We’ve got your back. 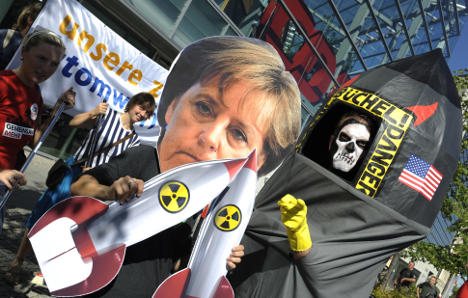